The Best Off-Roading Destinations in the Upper Peninsula

Ah, Michigan, home of Detroit—the famous Motor City. It’s great, but it sits tucked away in the southeastern corner of the state. Due to a quirk in the city’s riverside geography, being “born and raised in South Detroit” would actually place your origin in Windsor, Ontario. Motown is just one small part of the state, though. Beyond the capital of America’s automotive industry to the east and the lakeside tourist towns to the west, there’s a whole side of Michigan people forget about: the Upper Peninsula.

What goes on up there? Since it only has three percent of Michigan’s population, it’s easy to wonder. Indeed, most of this landmass sandwiched between Lake Superior and Lake Michigan is untrammeled wilderness. How would you like to traverse a little bit of it yourself from behind the wheel of your Jeep? Michiganders from above and below the Mackinac love their outdoor recreation. With that in mind, you’ll find many off-roading opportunities throughout the Upper Peninsula—or the UP, as the locals call it. Make the long trip north and discover the best off-roading destinations in the Upper Peninsula of Michigan.

This trail links Sault Ste. Marie (locals just call it “the Soo”) to the decommissioned Raco Airfield 25 miles west, which is now part of Hiawatha National Forest. Across the St. Mary’s River that connects Lake Superior to Lake Huron lies the second Soo—Sault Ste. Marie, Ontario. This is the American Soo’s much larger counterpart, and with border restrictions loosening, you may be able to make your visit a binational one.

People adore Mackinac Island for its picturesque calmness—a consequence of not permitting automobiles on the island. Elsewhere in Mackinac County, though, you can drive to your heart’s content. The Bay City Lake Trail, just northeast of the island, offers off-roaders some tremendous opportunities to enjoy forested trails with some glimpses of water along the way.

Lying in stark contrast to the pedestrians and cyclists of Mackinac Island is an island that’s almost wholly devoted to off-roading. This is Drummond Island, which is just beyond the UP’s eastern edge. The Michigan DNR has made the most of Drummond Island’s rich forests and challenging terrain, allowing off-roaders to explore the island’s dense interior. While the shores remain off-limits to off-roaders, heading deep into this wooded island gives Jeep enthusiasts one of the best opportunities to savor the colors of autumn foliage. As an island that not only tolerates but accommodates the Jeep and off-roading communities, Drummond is easily one of the best off-roading destinations in the Upper Peninsula.

Disclosure – This post may contain affiliate links. By clicking and shopping, you help support Detroit Mommies and allow us to keep reporting on all things families love. 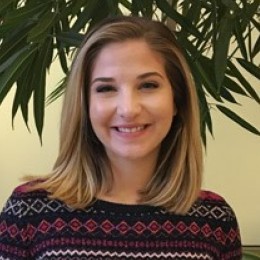 Mallory Knee Detroit Mommies Expert Contributor
Mallory Knee, the Detroit Mommies Lifestyle & Parenting Contributing Expert is a freelance writer for multiple online publications where she can showcase her affinity for all things home, lifestyle, and parenting. She particularly enjoys writing for communities of passionate women who come together for a shared interest and empower one another in the process. In her free time, you can find Mallory trying a fun new dinner recipe, practicing calligraphy, or hanging out with her family.
0 0 votes
Article Rating
Subscribe
Login
0 Comments
Inline Feedbacks
View all comments

The Benefits of Recording Family Moments

Helpful Tips for Gift-Giving on a Budget

How to Prepare Your Home for a Power Outage