Disclosure: DetroitMommies received access to an early release version of Ashby in exchange for writing this review. All opinions of the movie are our own.

Ashby aptly blends the sensitive vulnerability of a coming-of-age movie with the realizations that come for someone looking to right the wrong decisions they made earlier in life.
Mickey Rourke plays the title character, a retired CIA assassin recently diagnosed with a terminal illness. He lives next door to Ed Wallis (played by Nat Wolff,) the  stereotypical new kid in town looking to fit in in his last couple of years in high school.

There’s much about this scenario that we’ve seen over and over again in movies. The new-kid-in-town subplot starts out predictably. Ed, the educated un-jock, wants to join the legacy-inheriting football team and practices running plays in his backyard. He befriends nerdy/cute student Eloise (Emma Roberts) but after gaining acceptance with the team, temporarily forgets her in the arms of a fetching blonde during a drunken victory party.

Ed’s relationship with Ashby keeps this movie from becoming just another trite exploration of expanding teenage awareness. Working on a school assignment, Ed needs to interview and learn from an older person. No longer fit to drive, Ashby consents to the interview in exchange for Ed’s services as chauffeur to a local pancake house.

Ashby’s cover as a retired paper salesman quickly falls away under Ed’s scrutiny, and Ashby realizes his complicity in killing an innocent man during his 93-kill career. As Ashby seeks to right this wrong, the friendship with Ed also helps the boy realize where he has started to mistreat and take advantage of people, such as Eloise, in his own life.

Seemingly bulletproof in real life, comedian Sarah Silverman plays Ed’s incredibly vulnerable mother doing her best to make a new life, and find new love for herself, while helping her son the best way that she can.

A character-driven dramedy, Ashby entertains on many levels. Rated R for language, some sexual material and violence, it’s not appropriate for the whole family but should provide some interesting avenues for discussion with older kids. 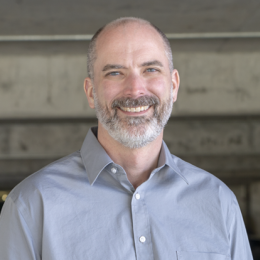