NESTLÉ COFFEE-MATE® Introduces Star of New Commercial
Local Wisconsin Girl Scout Lands Dream Role
GLENDALE, CA (October 14, 2013) – In celebration of NESTLÉ’S special edition COFFEE-MATE® Girl Scouts® creamers, the brand conducted a nationwide “Scout the Girl Scout” casting call to find an authentic Girl Scout to be featured in its commercial.  Today, it announced that 10-year-old Abby, a Girl Scout Junior in troop number 53022 from Girl Scouts of Wisconsin and Minnesota River Valleys, will star in a nationwide television spot for the new Girl Scout Cookie™-inspired Thin Mints® and Caramel and Coconut flavored creamers, which will debut today on networks such as NBC, ABC and CBS.
“We were thrilled with the response to our casting call and were so impressed by all of the submissions,” said Gabe Chua, COFFEE-MATE Marketing Manager.  “Abby won us over with her genuine spirit and talent because she truly personifies the values of the Girl Scouts organization.”
Abby was selected by a judging panel from among more than 600 online and in-person auditions, which then led to call-backs for subsequent rounds of auditions.  From those call-backs, the submissions were narrowed down until the judging panel landed on Abby as the star of the new COFFEE-MATE Girl Scouts commercial.
For Abby, being involved with the Girl Scouts organization is a family affair with her mother serving as her troop leader and her father as treasurer of the service unit.  When the opportunity to combine her love of acting and involvement in the organization came about, she couldn’t pass up the opportunity to submit a video.  Abby has been actively involved in Girl Scouts since kindergarten and has completed several Girl Scout Journeys.  This year, her troop is pursuing the Bronze Award by raising awareness of pet homelessness and supporting the establishment of a local shelter through a pet food drive.
After learning she landed the role and finishing her fifth grade homework, this small-town Girl Scout from River Falls, WI, was whisked away to the entertainment capital of the world.  While Abby has previously graced the stage at her local community theater, this was her first time seeing the Hollywood lights and starring in a mainstream commercial.
Donning a Girl Scout Junior uniform, Abby recently wrapped the new COFFEE-MATE commercial where she questions what an office worker did to deserve COFFEE-MATE Girl Scout Thin Mints flavored creamer, given that it is “one of the most delicious Girl Scout Cookie flavors ever.”
In the short-term, Abby hopes to continue acting, although her career aspiration is to be a member of Congress. To view the newly released commercial and behind-the-scenes footage of Abby’s journey, please visit www.girlscouts.coffee-mate.com.
About COFFEE-MATE Girl Scout Flavors
NESTLÉ COFFEE-MATE® was the first non-dairy creamer to transform an ordinary cup of coffee into a rich, creamy everyday delight.  COFFEE-MATE was introduced as the world’s first powdered creamer in 1961, and soon established its position as America’s most popular choice.  Now two of the most popular Girl Scout Cookie™ flavor profiles are the latest
additions to the growing COFFEE-MATE line.  The new COFFEE-MATE Thin Mints® and Caramel & Coconut flavors (SRP $2.69/16oz bottle) can be found in the dairy aisle of your local grocer nationwide and for a limited time.  For more information please visit www.coffee-mate.com and www.facebook.com/CoffeemateUSA.
About Girl Scouts of the USA Founded in 1912, Girl Scouts of the USA is the preeminent leadership development organization for girls, with 3.2 million girl and adult members worldwide.  Girl Scouts is the leading authority on girls’ healthy development,
and builds girls of courage, confidence, and character, who make the world a better place. The organization serves girls from every corner of the United States and its territories.  Girl Scouts of the USA also serves American girls and their classmates attending American or international schools overseas in 90 countries.  For more information on how
to join, volunteer or reconnect with, or donate to Girl Scouts, call 800-GSUSA-4-U (800-478-7248) or visit us at  www.girlscouts.org or on Twitter at @girlscouts.  For more information about the Girl Scout Cookie Program, visit www.girlscoutcookies.org. 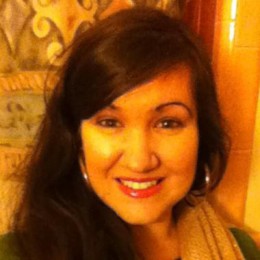 4 Types of Tutoring Programs for Your Child

Why Building Your Child’s Confidence is Important