Nothing is more magical than playing tea party as a kid, than actually being invited to one! We were invited to a special tea party to celebrate the release of Christopher Robin on Blu-Ray and DVD. Our tea party was at Tonia’s Victorian Rose Tea Room in Rochester, Michigan. The elegant tea was party was decked out with special details and delicious food for kids of all ages. Just like the magic of the movie, we were able to enjoy a moment of childhood again, and a new experience with some of our real and childhood friends.

After the party, we kept thinking we wanted to do this again soon and invite as many of our friends as possible. While we can’t recreate the magic that Tonia’s Victorian Rose did, there are things you can do at home to have your own Christopher Robin themed party!

Use What You Already Have on Hand to Decorate!

Pretty much on every child’s bookshelf is a copy of one of the A. A. Milne books about Winnie the Pooh. These are quick and decorations and something you can use over and over again at bed time. From decor inspiration to story time, grab your copy of The Complete Tales of Winnie the Pooh and place it near some fun candles or tea cups!

Small Toys are Perfect for that Added Touch!

You know you have that bin of small toys your kids play with sometimes. From character figures and more. Grab all of the ones you can find, give them a good cleaning and add them to the food display. Not only do they add just a bit of fun touch to the plate but make it just a tad less formal. Your kids will have something fun to play with if they want to while you’re having tea. We love the Winnie the Pooh Figure Play set for this!

Find Themed Plates, Cups and More to Bring it Together

A real party is full of beautiful china and tea pots. Depending on your kids age this may be a problem (although we didn’t have any issues at our party!) But you can easily get kid friendly Winnie the Pooh plate sets that are perfect for meal time on a regular day or to have on hand when you want to have a party. For larger parties consider disposable sets that kids wont break but are still within the theme of your party!

Bring Your Favorite Friends to the Party!

No tea party would be complete without your friends! They may be stuffed animals like Winnie the Pooh, Eeyore, Tigger and Piglet, or your best friend from next door. But the magic of any tea party is your friends and you share it together. It doesn’t matter what condition your stuffed animals are in, the dirtier and more loved the better. Pull them up a chair and pour them some tea, and watch the magic begin.

It’s Pooh Bear’s favorite food, and let’s face it we all love it too. It’s sweet and delicious, and goes with so many things. But do you know where honey comes from? Part of our event included learning about honey bees and of course honey! You can learn more about honey below!

CHRISTOPHER ROBIN is available everywhere on Blu-Ray, DVD and Digital HD! Grab your copy and get ready to have a tea party with your favorite friends!

On Nov. 6, Disney’s “Christopher Robin,” the wondrous, live-action film in which Winnie the Pooh and friends venture into mid-century London to help grown-up Christopher Robin (Ewan McGregor), arrives instantly on Digital and Movies Anywhere and on Blu-ray™ and DVD with captivating, behind-the-scenes extras. The fun-filled tale features A.A. Milne’s timeless characters from the Hundred Acre Wood — Pooh, Tigger, Piglet, Eeyore, Kanga, Roo, Rabbit and Owl — making their first appearance as three-dimensional characters who remind Christopher Robin, and viewers of all ages, to appreciate the simple pleasures in life.

This entirely new take on the Winnie the Pooh stories will transport parents back to the imaginative, carefree days of childhood and allow them to share their love of Pooh and friends with their own children. “When you are able to make people laugh and cry in the same movie and you are able to tell the story with integrity and ground it in reality and have the magic realism on top of it, it lifts your spirits and connects you with the people you love,” says director Marc Forster. “We could all use a little bit of Pooh’s heart and wisdom right now.”

Bonus features provide a heartfelt look at the making of “Christopher Robin,” showcasing the magical artistry that brings the classic characters to life, the human actors’ techniques for interacting with stuffed animals, and the filmmakers’ passion for their project. Bronte Carmichael, who plays Christopher Robin’s daughter Madeline, takes viewers on an exciting journey from the drawing board to film locations throughout the United Kingdom. Features flash back to highlight Walt Disney’s fondness for Winnie the Pooh and recall the voice actors who lovingly portrayed the unforgettable voice of the iconic character. An exclusive digital bonus feature explores the actual teddy bear, given to Christopher Robin Milne 98 years ago, which inspired the original Pooh stories that have been shared and adored by families around the globe.

“Christopher Robin” will be packaged and released in several different formats, giving families the flexibility to watch the film on a variety of different devices. Viewers can instantly watch the film in Digital HD and SD, and bring home a physical copy of the film as a Multi-Screen Edition (Blu-ray, DVD and Digital Copy) or a single DVD. 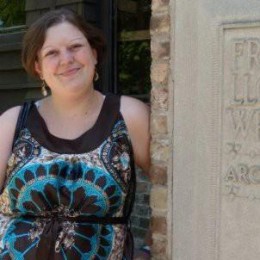 Becky Fixel News Reporter
Becky is an interior designer, an adjunct professor, a foodie, a product reviewer and a gluten free blogger in Detroit, Michigan. Becky is gluten free, and develops gluten free recipes for her home as well as her readers. The Week99er household is a clean eating and fresh household, and the site features gardening and how to do things from scratch. Becky is a self proclaimed kitchen goddess, a bee keeper and loves to travel.
0 0 vote
Article Rating
Subscribe
Login
0 Comments
Inline Feedbacks
View all comments