The Marvel Cinematic Universe introduces  ANT-MAN AND THE WASP, a new chapter featuring heroes with the astonishing ability to shrink. In the aftermath of Captain America: Civil War, Scott Lang grapples with the consequences of his choices as both a Super Hero and a father. As he struggles to rebalance his home life with his responsibilities as Ant-Man, he’s confronted by Hope van Dyne and Dr. Hank Pym with an urgent new mission. Scott must once again put on the suit and learn to fight alongside the Wasp as the team works together to uncover secrets from the past.

Marvel Studios’ ANT-MAN AND THE WASP opens in theaters everywhere on July 6th! Check out the teaser trailer below!

Ant-Man and the Wasp Trailer

Disclosure – This is a collaborative post and may contain affiliate links. By clicking and shopping, you help support Detroit Mommies and allow us to keep reporting on all things mommies love. 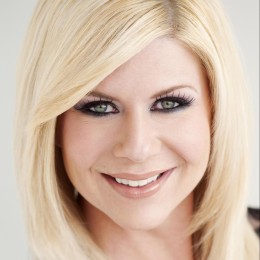 Shannon Lazovski News Reporter
Shannon is the Owner of Detroit Mommies and is a lifestyle blogger of 16 years. She is the CEO of The Lazov Agency, Glameselle Beauty, and the owner of Glamorousmoms.com and Detroitfashionnews.com. Shannon is also the Founder & President of The Glamorous Moms Foundation, a non-profit organization that supports women and children rebuilding their lives from poverty, illness, human trafficking, addiction, and domestic violence. She is big on spreading love to those who need it most and loves to connect with other parents.
0 0 vote
Article Rating
Subscribe
Login
1 Comment
Newest
Oldest Most Voted
Inline Feedbacks
View all comments

All four kids were super excited for this movie! Awesome trailer!